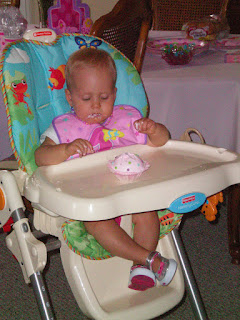 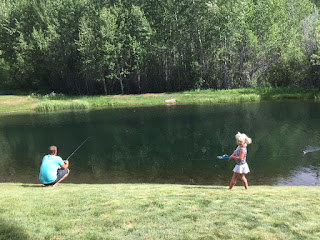 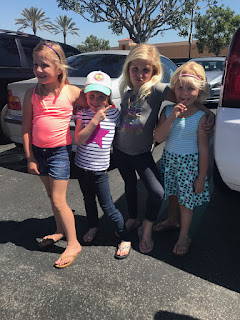 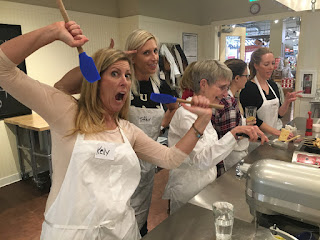 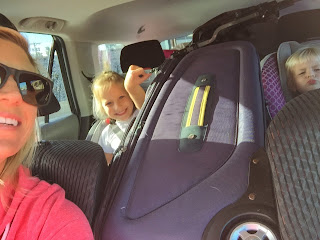 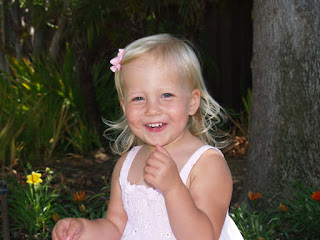 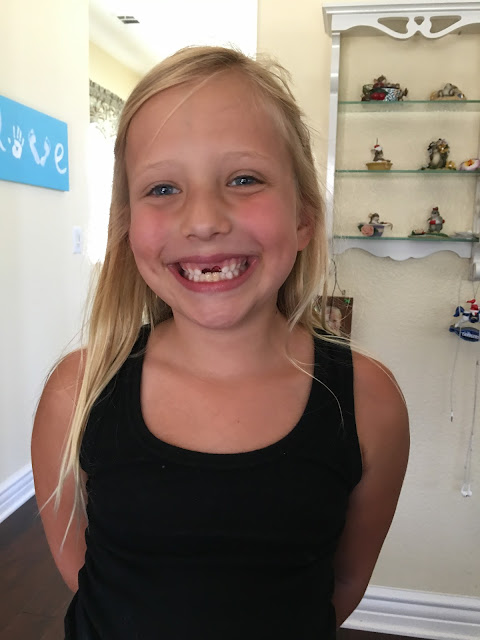 It has happened AGAIN! Ms Kayden lost yet another tooth. This is number 4, for the record. About a year ago, yes a WHOLE YEAR ago, Kayden lost her upper front tooth (which still has not grown in BTW!). We can thank her father for there being a year between losing a baby tooth and the gap remaining unfilled. I’m sure there is a blog devoted to this traumatic (for me!) occurrence, but in the event that I was out of the blogging game, I’ll quickly explain. While on the trampoline one afternoon Scotty decided it would be a good idea to play ‘break the egg’ with Kayden. Basically, she sits with her legs crossed ‘criss cross apple sauce’ and then he jumps as high as he can trying to get her to let go of her feet and therefore the egg is ‘broken’. Well it wasn’t but two or three jumps before she released her feet and her knee goes straight into her tooth knocking it so that it was pointed backwards. *GROSS* Her adorable smile has never been the same… it changed, but luckily she’s pretty cute and her smile quickly rebounded. So with all that, the tooth was a little weak and consequently fell out earlier that it should/would have! So a year later she lost her second, upper tooth and now she looks different yet again, but still pretty darn cute!